Consider the fact that plastic, in all of its myriad forms, can take up to 450 years to decompose. Throughout that time span, plastic causes many types of environmental destruction, such as releasing toxic substances into the air and soil, killing marine life, and destroying natural habitats, among many others. Though eliminating straws and plastic takeout bags is a good first step, it’s not doing nearly enough to save the planet. Luckily, London-based Notpla is onto something that may help. The startup, founded by Rodrigo García González and Pierre Paslier, in 2014, recently closed a $13.5 million Series A financing round and has developed a product similar to plastic in every way but one: It is compostable and dissolvable. And in some cases, it’s even edible. 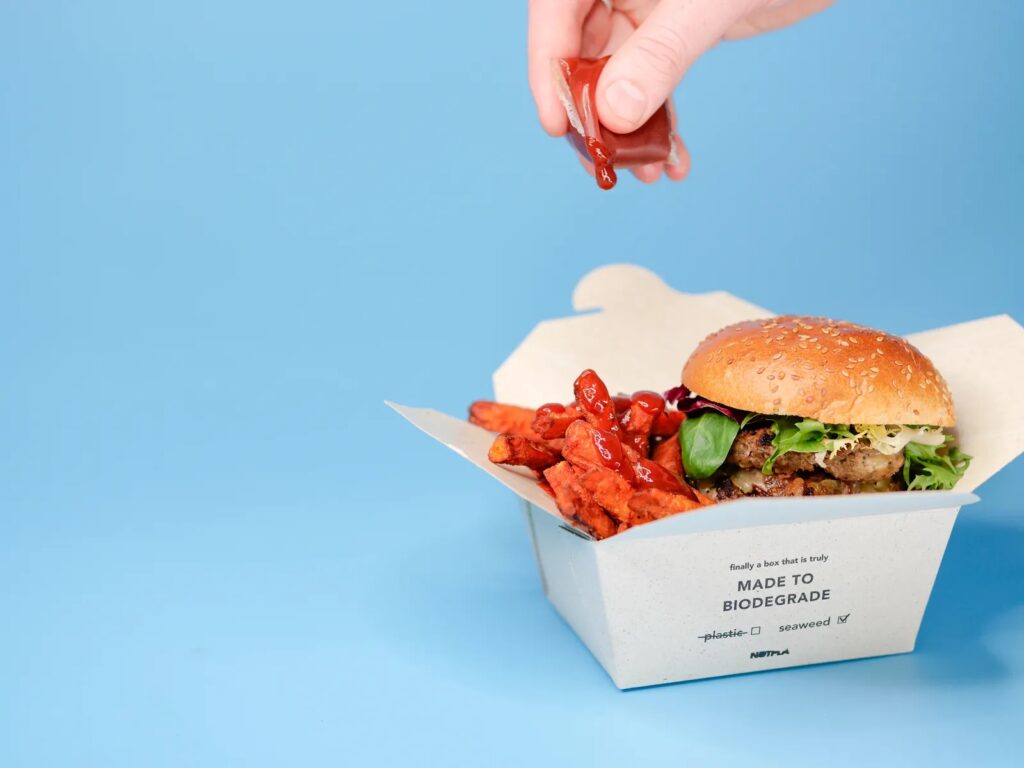 Some of Notpla’s products, including the Ooho, is completely edible. Photo: Notpla

With packets for condiments, a film wrap for pantry and bathroom products (think coffee or toilet paper), and takeaway boxes lined with plastic alternatives, Notpla is doing its part to protect the world’s fragile ecosystems one ketchup packet at a time. The key ingredient? Seaweed, which is a better alternative to plastic than people have imagined. And as for the name, Notpla is an abbreviated version of “not plastic,” a suitable term for the products that look and feel exactly like it. “By using seaweed, we are addressing both the environmental and health implications of single-use plastic waste. Seaweed can grow three feet per day, doesn’t require fresh water or fertilizer, and is one of the fastest carbon sequestration mechanisms on the planet,” González explains.

Unbeknownst to much of the world, seaweed is a sustainable material that doesn’t compete with anything on land. It also harnesses carbon dioxide, which benefits the environment. The founders’ ultimate goal is to stop the production of billions of pounds of single-use plastics, but until then, using seaweed as a more than suitable alternative could suffice. 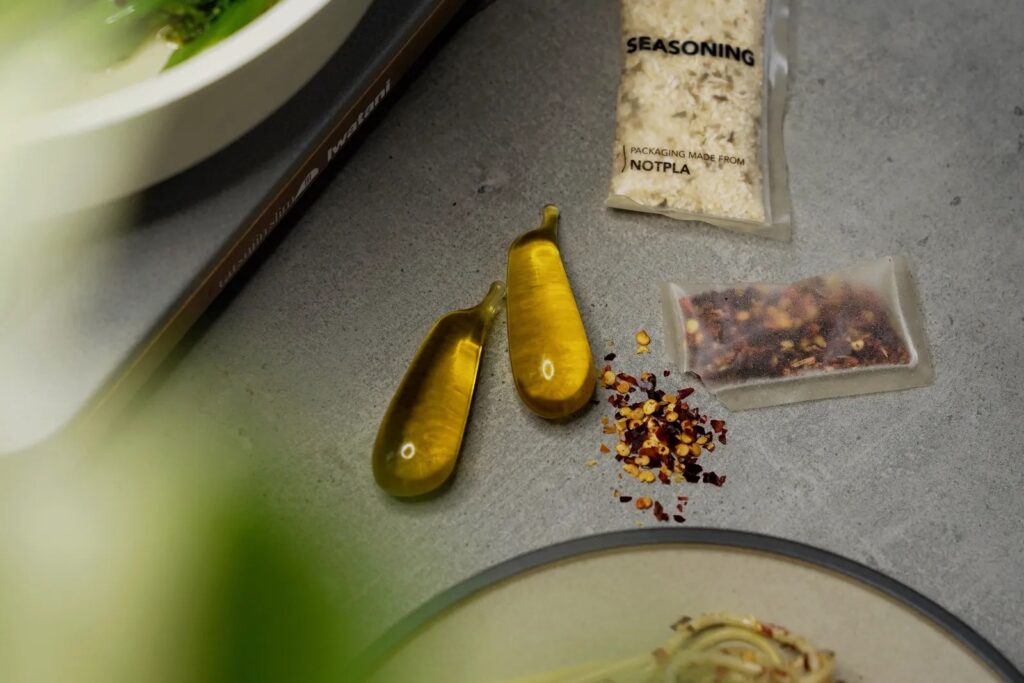 But the brand isn’t only focused on plastic-adjacent products; they also have a paper alternative using seaweed. “With the development of our flexible films and our Notpla paper, we are now expanding from food and beverages service to the cosmetic, fashion, and sports industries,” Paslier notes. The faux paper is made using leftovers from Notpla’s production processes, and it can be used for everything from envelopes to moving boxes. For now, though, it’s partnered with nonprofit Canopy to offer packaging for hand soap, toothbrushes, and wine bottle labels.

And according to Notpla’s executives, one ton of seaweed by-products could save up to four tons of felled trees, the main and most effective cause of deforestation. That said, only 30 percent of the paper is made of seaweed. The rest is composed of a combination of recycled materials and virgin wood pulp. The team is trying to produce as little waste as possible, using every scrap of material they can to produce something compostable that breaks down almost instantly. As for what’s next, Notpla is showing no signs of slowing down.

The Notpla film is made of seaweed, which is abundant in nature, and a legitimate competitor to plastic. Photo: Longlong Han

In fact, they’re expanding. “We are working on the industrialization of our products and accelerating commercialization across the E.U., Southeast Asia, and the U.S. In parallel, we are developing new formats to tackle more single-use plastics. Toothpaste tubes better watch out,” González jokes. It’s not just toothpaste tubes, though. Notpla is coming for anything wearing a plastic coating or tucked within plastic packaging.

This article was originally published on Architectural Digest. You can view the original article here.