The Apple AirPods Max are official. Apple’s over-ear, noise-cancelling headphones were announced quietly via a press release, but that hasn’t stopped the internet erupting into a sea of comments – and there are a number of people seemingly not digging the aesthetics or price of the new headphones.

For those scoring points on social media with ‘hot takes’ on what part of the anatomy the new case for the AirPods Max does or doesn’t look like – be warned.

You may be laughing now, but Apple will probably have the last laugh. 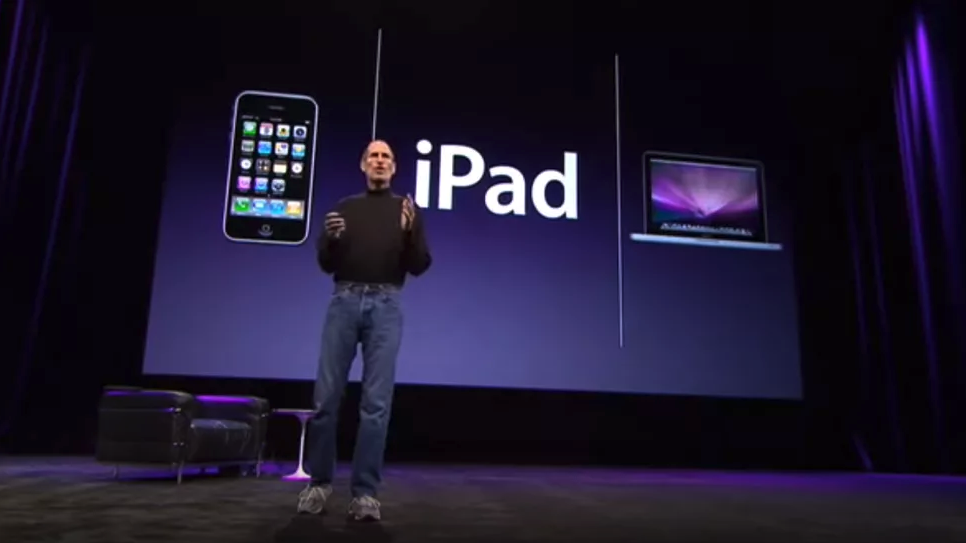 Not a tablet. It’s an iPad. (IMAGE SOURCE: Apple)

If we look back, a number of Apple products have shown up and been ridiculed before going on to become hugely successful – the AirPods Max could be just the next product in line to experience the same career trajectory.

Step with me, if you will, back to to January 2010. Steve Jobs took to the stage at the Yerba Buena Center for the Arts in San Francisco and introduced us to iPad.

Cue hysteria from some corners of the internet over the name Apple had opted for. Why not iTablet? How about iSlate? While the churlish comments flowed, Apple was busy building something bigger.

With iPad sliding in neatly alongside iPod and iPhone, a powerful triumvirate had been formed, and ten years on the iPad is by far the most popular tablet series, and currently holds our best tablet in the world acclaim.

The name ‘iPad’ is far from a joke now. It’s worked its way into common vernacular and for some, it’s now the word they opt to use instead of saying ‘tablet’. 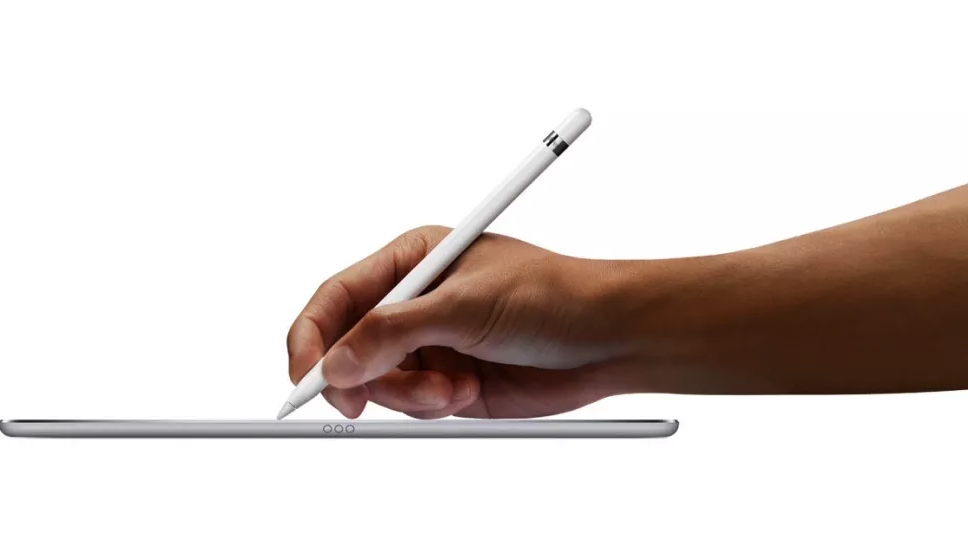 Did they actually call it a pencil? Yes, they did (IMAGE SOURCE: Apple)

Let’s skip forward to September 2015 and another Apple launch event where iPad is yet again at the center of some naming contention. However, this time it’s an accessory generating guffaws from online commenters.

“It’s called Apple Pencil.” When Phil Schiller said this on stage, you could hear the laughter from the audience inside the Bill Graham Civic Auditorium – a mix of humor, and perhaps shock, that Apple had been quite so on-the-nose with the name for its stylus.

Again, the web ignited with jokes, memes and comments about the naming choice – plus there was the cumbersome charging method which left the Pencil dangerously exposed as it protruded from your iPad’s lightning port.

However, like the iPad, the world has moved on and the accessory is now accepted almost by default by iPad users. As Jobs used to say, it just works – or at least, works better in its wireless-charging, second generation form compared to the first.

Are you even listening?

AirPods are now a mainstay in ears across the world (IMAGE SOURCE: Apple)

However, our biggest learning adventure came with the introduction of the Apple AirPods in September 2016. This time it wasn’t the name causing uproar, but the design.

The look was widely panned, with many – myself included – not sold on the AirPods’ potential to become a major product for the brand. Much of the media whipped itself up into a frenzy, as many pondered who would actually wear them outside, and what happens if you lose one.

Not everyone was downbeat, but the noise from the nay-sayers was difficult to ignore.

But, before we knew it, AirPods become a mainstay in people’s ears. Walk through any busy city at rush hour now and you’ll spot multiple AirPods users – both of the original style and the much improved, and more compact AirPods Pro.

AirPods went from laughing stock to must-have stock, and the same could happen for the AirPods Max. 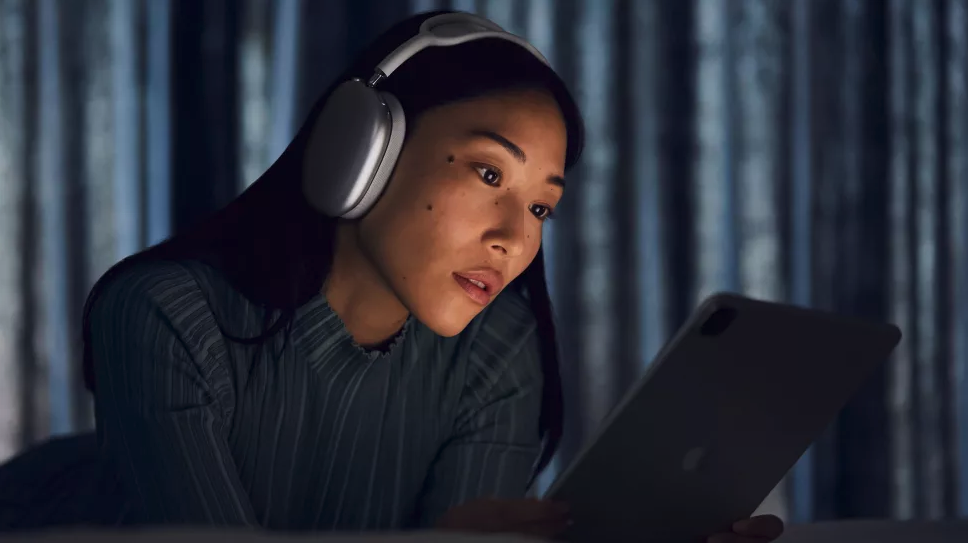 What do you make of the Apple AirPods Max? (IMAGE SOURCE: Apple)

Success for the Apple AirPods Max is by no means guaranteed. The initial price of $549 / £549 / AU$899 seems prohibitively expensive – costing more than the hard-to-find PS5 – but if Apple has proven anything over the years, it’s the fact it can sell premium tech at an even more premium price tag.

This is the company, after all, that’s selling $400 wheels for your Mac Pro and a $999 monitor stand.

They’re still cheaper than the AirPods Max, but if (and that’s a big if, as no one has reviewed them yet) Apple’s headphones can match – or even exceed – the sound quality of these sets to become the best-sounding on the market, then that price doesn’t look quite so steep (although it’s still way, way out of my price range).

It’s not just the price, however. There are a few design elements that have folks talking too – not least the aforementioned case (which at least does come free with the pricey headphones).

The look is certainly polarizing right now – and I’m really not sold on it from these initial press pictures and the apparent lack of any actual useful protection – don’t be surprised if, in the coming months, you see your favorite celebrities causally walking down the street, stepping off planes and heading into sport stadiums, complete with AirPods Max (with case) in-hand.

Where Apple goes, others tend to follow – and I wouldn’t be surprised if rival headphone manufacturers pick up the case style – and a few other design points – in future products.

The top-mounted controls on the AirPods Max go against the the current trend of having the on-cup controls on the sides and bottom edge, while the concave headband (from a top-down view) has already raised a few eyebrows early on.

With numerous AirPods look-a-likes now on the market, if the AirPods Max do end up selling well you can be almost guaranteed others will consider taking these key style points and adapting them for their own products.

So enjoy your hot-takes and memes for now. Heck, why not flag them to me on Twitter – I’m @jjmccann – and I’ll save them all up for 12-18 months time when the AirPods Max are commonplace and the world is imitating them in every way they can.

Similarly, make sure you bookmark the best ones, so in 12-18 months time when the AirPods Max have totally flopped you can tweet them all to me, telling me how wrong I was.

This article was originally published on TechRadar. You can view the original article here.