Australian news is back on Facebook after the social media giant agreed to reverse a block on Australian content.

Facebook pages for news outlets including the ABC, Herald Sun, Seven Network and Sydney Morning Herald were restored in the early hours of Friday morning.

Facebook said it was responding to the federal government’s proposed media bargaining code.

A number of non-news pages were initially swept up in the ban, including community organisations, charities and the Bureau of Meteorology. The ABC News page on Facebook showing no posts immediately after the ban.

The code is structured so that if Facebook and Google do not sign commercial deals with traditional media outlets the Treasurer can “designate” them, and force them to pay for access to news content.

Facebook on Tuesday agreed to reverse the ban after the government said it would make amendments to the laws, including giving Facebook more time to strike deals.

Parliament passed the revised legislation for the code on Thursday. 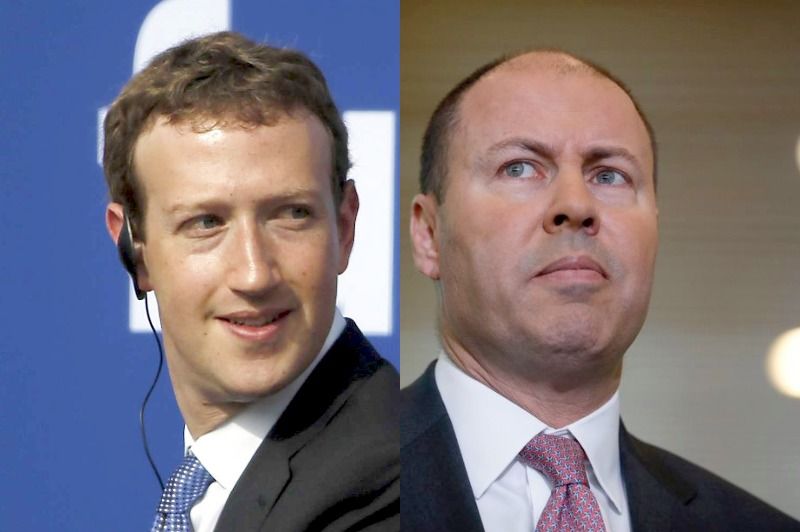 Mark Zuckerberg and Josh Frydenberg have been in regular talks about the media legislation.

Facebook said in a statement on Tuesday that it was “pleased” the company was able to reach an agreement with the government.

“After further discussions, we are satisfied that the Australian government has agreed to a number of changes and guarantees that address our core concerns about allowing commercial deals that recognise the value our platform provides to publishers relative to the value we receive from them,” the statement said. But the company’s vice-president Campbell Brown said Facebook retained its right to take Australian news content down again in the future.

Mr Frydenberg said Mr Zuckerberg had told him that he intended to sign commercial deals with news publishers. 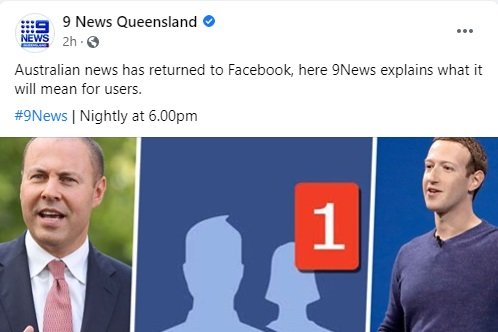 Australian media organisations, including 9 News, can now be seen on Facebook’s timelines again.

The amendments to the code include a range of changes, including that final offer arbitration — something both Google and Facebook were strongly opposed to — is considered “a last resort where commercial deals cannot be reached by requiring mediation, in good faith, to occur prior to arbitration for no longer than two months”.

Seven West Media, Nine, News Corp and The Guardian have all struck content deals with Google to show their content on its News Showcase platform.

Seven West has also signed a “letter of intent” with Facebook. 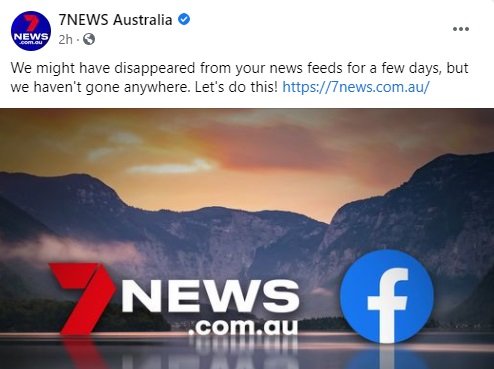 This article was originally published on ABC News. You can view the original article here.