Ever since Nike debuted the FlyEase sneaker line five years ago, the brand has made it physically easier to get into a shoe. But it always required at least one hand to zip, tie or strap the shoe closed. The new Nike GO FlyEase takes accessibility to a new place, offering the first fully hands-free shoe.

Using a bistable hinge in the shoe’s midsole, the Nike GO FlyEase can transition from the open—or “ready”—position to the closed—or “set”—position simply by stepping in and down on the footbed. To open the shoe back up, step on the heel’s ledge with the opposite foot and the hinge releases to allow the foot to slide out.

The hands-free Nike GO Flyease in use
Source: Nike

“We kept wanting to create something new and different,” says Sarah Reinertsen, the project’s design lead, the first woman to finish the Ironman World Championships on a prosthetic leg and a world-record holder for the ironman triathlon. “If we could create something you didn’t need hands to get in and out of, it could help unlock those benefits for all.” 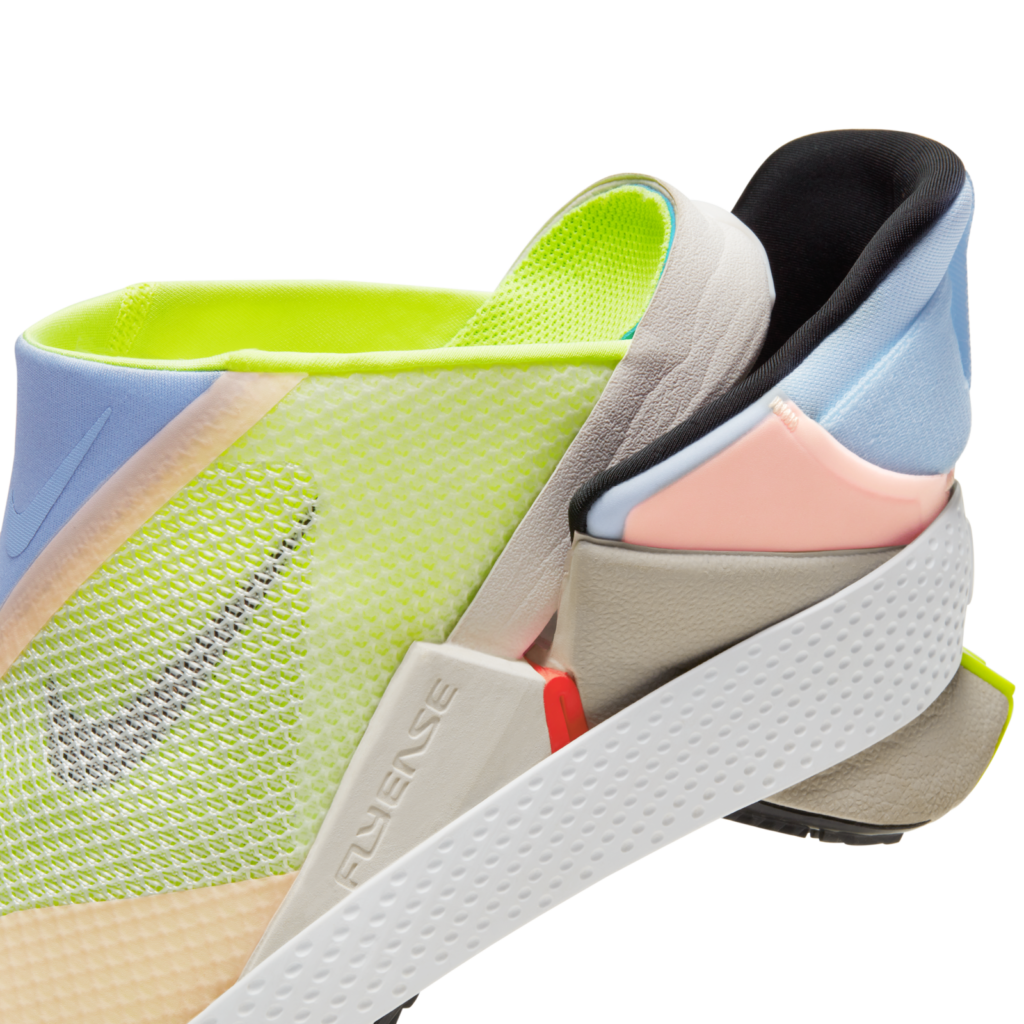 The bistable hinge on the Nike GO FlyEase allows for a fully continuous footbed to open and close.
Source: Nike

Born out of an internal Nike design competition, the key to the GO FlyEase is the patent-pending hinge, which is stable in both the open and closed position. The shoe still sits on the ground when open and when closed there are no moving parts. “It doesn’t split the entire shoe in half, it only is activated upon entry and exit of the shoe,” Reinertsen says.

The footbed remains a single continuous section, whereas the hinge allows the heel to drop away. To get the shoe off, wearers can embrace the natural human inclination of using the opposite foot to push down on a small ledge on the heel to release the hinge and make it easy to slide out of. The laceless upper, which features a mesh construction, includes a tensioner band wrapping the outside of the shoe to help keep the foot locked in when wearers are on the go. The tensioner band is made of outsole material for durability but is treated with a UV protection, so it doesn’t get damaged by the sun. It has flexibility designed in to work in both the open and closed positions.

Reinertsen says by using known Nike materials and a variety of technologies, multiple systems work together to keep the wearer locked in and comfortable when in the shoe.

Since the FlyEase launch, technology has featured in footwear styles across basketball, running and sportswear. The hands-free debut comes as a lifestyle offering from Nike, but one solid enough for everyday activity, even if it isn’t meant as a high-performance design. 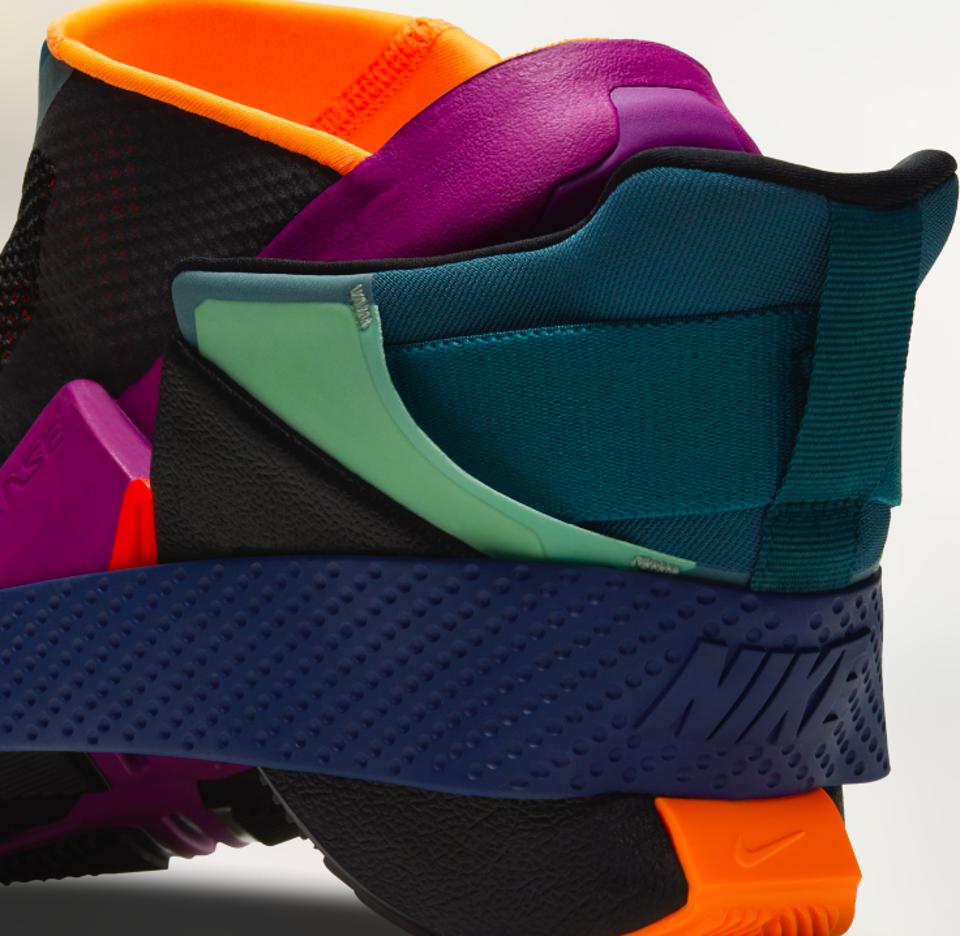 A kickstand heel allows for a quick release of the foot in the new Nike GO FlyEase.
Source: Nike

The challenges in getting to the GO FlyEase were plentiful, even with a simple-looking design. “There were engineering things we had to figure out,” Reinertsen says. “The bistable hinge. We’ve never put a hinge in a shoe. That was a piece of engineering that was really tricky to figure out.”

Designers had to ensure the hinge, made of a rubber stiffer than a typical outsole, stayed open and closed as needed, all without any feeling of the hinge underfoot, which required the continuous footbed. “We would try something, it was not quite right, and we would go back,” she says about the two-year project. “It was a lot of those iterations back and forth. It wasn’t a quick strike (project).”

Nike is launching the GO FlyEase to its members in three colorways on Feb. 15 for $120 and then plans a broader roll out of the silhouette in spring.

Aesthetically, the upper mesh materials allow for dyes in specific locations, opening up splashes of color across the GO FlyEase. In the early colorways, those colors highlight the technology features, whether the kickstand ledge on the heel or the hinge. “That color goes with the feeling of this shoe,” Reinertsen says. “A lot of that was very intentional and it is just fun. It is so inviting.”

This article was originally published on Forbes. You can view the original article here.