Australians are being blocked from accessing news in their Facebook feeds, in a dramatic escalation of the social media giant’s stand-off with the federal government.

Australians waking up this morning found they were blocked from viewing or sharing news content from publishers’ pages, including news organisations like the ABC.

The social media giant said it made the move in response to the government’s proposed media bargaining laws, which would force major tech giants to pay Australian news outlets for their content.

Treasurer Josh Frydenberg tweeted that he had held “constructive” talks with Facebook chief Mark Zuckerberg this morning, while Communications Minister Paul Fletcher said Facebook should “think very carefully about what this means for its reputation and standing”.

It said it faced the stark choice between attempting to comply with a law, or banning news content on its services in Australia — and “with a heavy heart” it was choosing the latter.

The value exchange between Facebook and publishers runs in favour of the publishers — which is the reverse of what the legislation would require the arbitrator to assume.

The move came a day after Nine and Seven West Media reportedly made multi-million-dollar deals with Google for use of content.

“We understand many will ask why the platforms may respond differently,” the Facebook statement said.

“The answer is because our platforms have fundamentally different relationships with news.

“Google Search is inextricably intertwined with news and publishers do not voluntarily provide their content.”

A Google spokesperson took issue with this claim, highlighting growing division in the technology sector.

“All publishers, along with everyone else, always have a choice about whether their site shows up in Google Search,” they said.

The social media giant said it had explained for months that “the value exchange between Facebook and publishers runs in favour of the publishers — which is the reverse of what the legislation would require the arbitrator to assume”.

The company said what it gained from news content was “minimal”, and made up about 4 per cent of what people saw in their newsfeed. 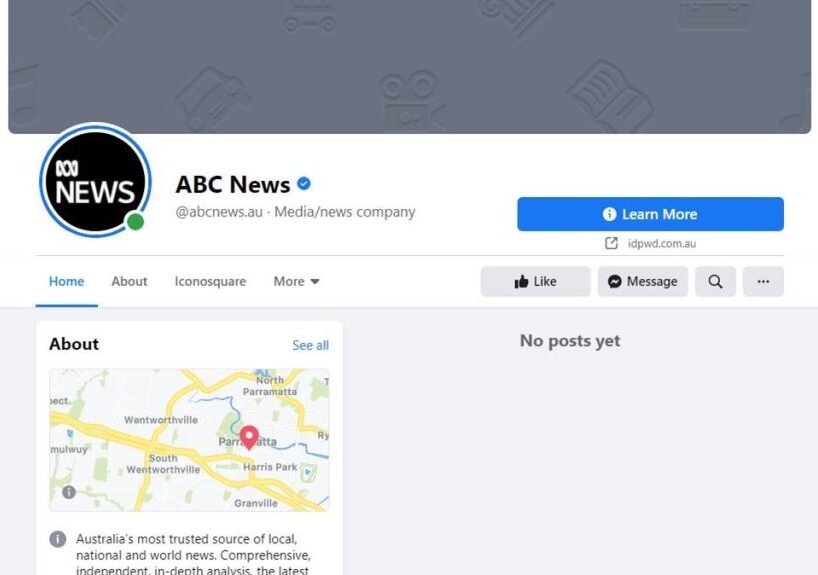 The legislation implementing the proposed new media code passed the House of Representatives last night. The Senate is likely to pass it next week.

The code is designed to ensure media companies are paid fairly for the use of their content on search engines and social media platforms.

The deal comes after years of public feuding between Mr Murdoch and Google, most recently in Australia, where Google has threatened to shut down its search engine to avoid “unworkable” content laws.

News declined to comment on financial details of the deal, which it said involved “significant payments” by Google.

The Nine and Seven West Media deals are collectively worth $60 million a year, according to media reports.

This article was originally published on ABC News. You can view the original article here.