A bottle of Pallonji’s raspberry soda comes with this helpful disclaimer: “Contains no fruit.” Electric red in colour, and syrupy sweet to the taste, the raspberry soda is a beloved cultural icon of India’s fast-disappearing Parsi community – as well as the endangered Irani cafes in the western city of Mumbai.

It is pure, fizzy nostalgia.

But peer more closely into one of Pallonji’s ancient glass bottles and you can discern a story of much greater significance: how Parsis helped shape India’s taste for soft drinks.

Over the past two centuries, Parsis were instrumental in popularising and producing carbonated beverages in India, laying the foundations for what is today a $8bn (£6.9bn) industry.

Soda had become a popular beverage in London by the early 1800s. Companies such as Schweppes sold plain carbonated water, advertising it as a health elixir. Other firms experimented with flavoured variants such as lemon, orange, and raspberry.

Inevitably, soda found its way from the heart of the empire to India, where it was a luxury item for Britons in the subcontinent. In 1837, Henry Rogers, a chemist in Mumbai, set up what was likely western India’s first “aerated water” factory.

Rogers’ product was not simply a refreshing pick-me-up. Before Mumbai completed its modern waterworks in the late 19th Century, it relied on well water, which was filthy and potentially deadly. 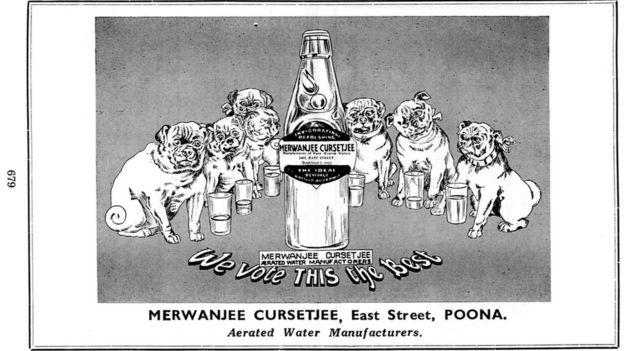 In the best of times, residents complained of drinking muddy liquid that was “very foul both to sight and smell, of a yellowish brown colour”. In the worst of times, hundreds died from cholera outbreaks.

Drinking carbonated water could be a life-saving habit. After all, carbonic acid in soda killed bacteria and viruses.

This was even more the case after the invention of carbonated tonic water in 1858, which contained quinine to ward off malaria.

Parsis sensed a commercial opportunity in the new fizzy drinks consumed by their colonial masters. Many were already involved in businesses that catered to Britons, as commissaries to the army or owners of hotels and “Europe shops” in cities.

They added soda to their inventories. According to community lore, the first Parsi to settle in Ahmednagar – a dusty army outpost in the Deccan – arrived in town with a soda-making apparatus strapped to a mule, with which he slaked the thirst of British soldiers.

By the mid-1800s, Parsis began imbibing the strange drink themselves.

Here, they served as trendsetters for other Indians, who had looked at soda with suspicion. 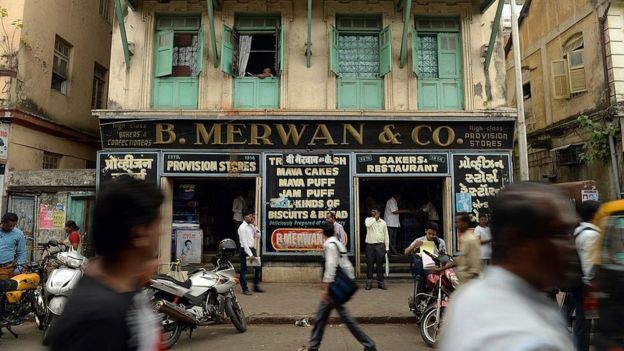 In 1866, the Gujarati social reformer Karsondas Mulji complained that an orthodox Hindu considered himself to be “sacrificing his religion” if he quaffed a Rogers lemonade.

Yet, just a few decades later, Indians of all castes and creeds in Mumbai were patronising soda-water shops, many run by Iranis (recent Zoroastrian migrants from Iran).

By 1913, the city boasted more than 150 licensed soda factories. Parsis played a commanding role in this trade, as is evidenced by the surnames they adopted: Sodawaterwala, Sodawaterbottlewala, and even Sodawaterbottleopenerwala.

Soda became particularly enmeshed in the cultural fabric of Bombay – and even in its political fabric. In 1908, SM Edwardes, later a city police commissioner, observed that one Irani stall saw roaring trade in raspberry soda during mass protests against the nationalist leader Bal Gangadhar Tilak’s conviction for sedition.

Glass soda bottles were also a weapon of choice in riots and demonstrations. Homai Vyarawalla, the country’s first professional female photographer, recalled that the marble stoppers in soda bottles were used as deadly projectiles during anti-Parsi riots in 1921.

Two decades later, Dinshawji Pandole founded Duke’s, which he named after the brand of cricket ball he used while touring England with a Parsi cricket team. Duke’s raspberry soda became particularly famous, selling for a princely 12 annas per dozen bottles in 1907 (about $0.01 today). Even Rogers, the most established western Indian brand, was bought out by Parsi investors around 1915.

But Parsi soda enterprises were not just limited to Mumbai. Community members manufactured aerated water across India, from Kolkata (formerly Calcutta) to Calicut. Some even set up shop well beyond the subcontinent. From the 1920s onward, Singapore had two competing brands of Parsi soda – Framroz and Phoenix – which jostled for market dominance through advertisements in Chinese and Malay.

Most of these companies were small-scale. Business margins were thin, and tastes and brand loyalty were hyper-localised.

P Dhunjibhoy and Sons of Ahmedabad distributed its flavoured drinks by bullock carts through the early 1970s.

In Nizamabad, near the southern city of Hyderabad, the Marolia family employed bicycles for distribution. Rohinton Marolia, who worked in the family firm during school holidays in the 1960s, recalled how employees would gingerly stack four crates of bottles on a single bicycle before setting off for morning distribution runs.

A major limitation was bottle supply, since glass bottles cost far more than the carbonated contents poured inside. So the Marolia family used special round-bottom bottles which were difficult to set down on flat surfaces. These encouraged customers to drink sodas in one gulp and quickly return the bottles for reuse. 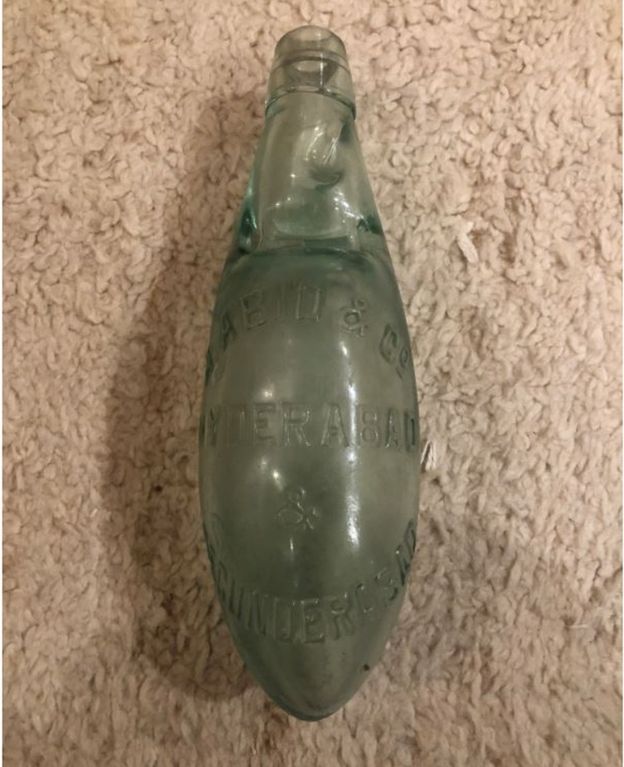 Fierce competition pushed many Parsi soda companies out of business from the 1950s, although Duke’s and Rogers remained major players in the Indian market.

Noshir Langrana, a former general manager at Rogers, recalled that the company introduced new flavours to cater to evolving Indian tastes, such as “Kick Apoo” – which translates from Gujarati to “give a kick” – a pineapple blend. Duke’s successfully marketed Mangola, which employed the divine pulp of Alphonso mangoes. These helped stave off domestic rivals through the 1980s.

But then multinationals completely changed the game.

After the Indian market liberalisation in 1992, Coca Cola and Pepsi began taking over from homegrown drinks.

Pepsi swallowed up Duke’s in 1994 – and lost no sleep in axing its beloved raspberry soda. More than 25 years after he helped sell Duke’s to Pepsi, Naval Pandole is still visibly torn up about that. 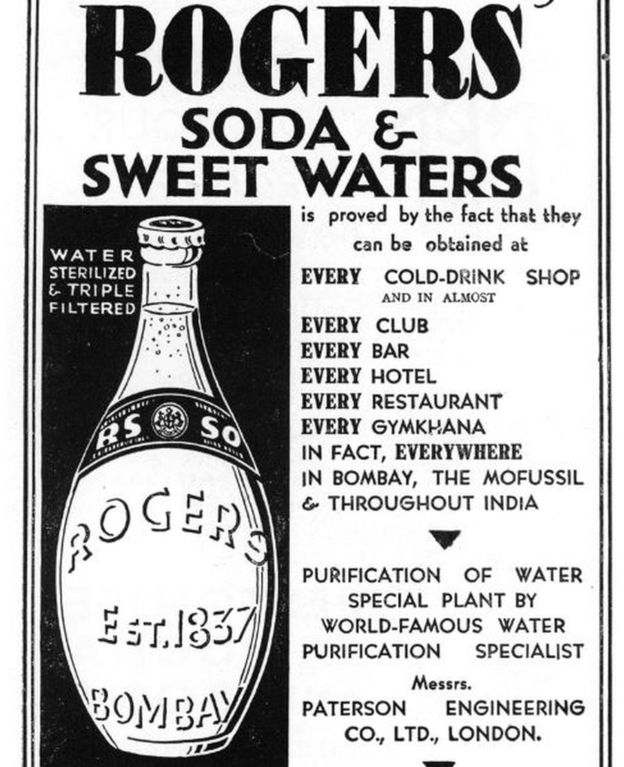 “There was more than just a commercial interest in the matter,” he says. “There was a sentimental attachment to the company.”

So, is this the end of the line for raspberry soda?

PV Solanki, the current owner of Pallonji’s, is not so pessimistic. While the traditional Parsi customer base is diminishing, he has seen a surge of interest from outside of the community.

“A lot of newcomers consider this a retro drink,” he claims, citing orders from a proliferation of Irani café-themed restaurants in India.

The demand for raspberry soda has, in fact, come full circle from its colonial roots: Pallonji’s is now sold in London, where it has been introduced into trendy restaurants like Dishoom.

“I make no sales calls, but customers keep on calling,” Mr Solanki says.

Pallonji’s raspberry – the drink that proudly advertises its lack of any fruit whatsoever – still seems to have enough vim left in its ancient glass bottle.