After entering the U.S. market just two years ago, Afterpay reached a significant milestone: The leader in “Buy Now, Pay Later” payments now has more than five million active shoppers using the platform in the U.S.

Afterpay also noted that it has nearly nine million U.S. consumers who have joined the platform, which includes over one million new users on the platform who have signed on during the COVID-19 outbreak period. The company said this reflects a 30 to 40 percent increase in the “weekly run rate” as compared to the rate from January and February.

Nick Molnar, co-founder and U.S. CEO of Afterpay, said that at a “time in which e-commerce has become the primary way people are shopping, there is a growing interest and demand among consumers to pay for things they want and need over time using their own money — instead of turning to expensive loans with interest, fees or revolving debt.”

Molnar said he was grateful for working with the company’s merchant partners “to support their shoppers and help them attract more customers, as commerce and retail starts to rebound over the next several months.” Afterpay’s retail partners include companies and brands such as A.L.C., AE/ Aerie, American Eagle, Birkenstock, Furla, Herschel Supply Co, Lancer Skincare, Marc Jacobs Beauty, Perricone MD, Soko Glam, The Hut Group, Tilly’s, and YSL Beauty, among many others.

Here, the CEO shares his perspective on what is driving growth at the company and in the market as well as insights into his leadership style and what differentiates Afterpay from other payment solutions. 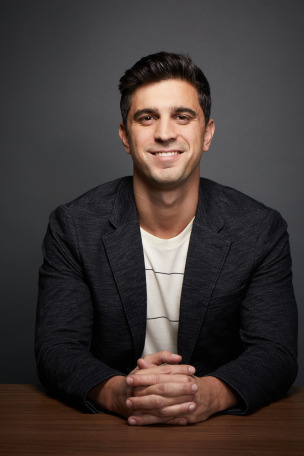 WWD Studios: What makes this milestone significant? Has the growth in new users and retail partners exceeded expectations?

Nick Molnar: We are thrilled with the growth of our business in just two short years. At a time where e-commerce has become a primary way for consumers to shop, we have seen a growing interest and demand for them to have more flexible ways of paying for things they want and need over time. More than 85 percent of Afterpay orders are made with debit cards, as consumers turn away from traditional credit cards and seek greater ownership over their money and spending habits. We are overwhelmed by the customer adoption here in the U.S. as it has grown so quickly and exceeded our expectations.

WWD Studios: How has this milestone informed Afterpay’s plans for further growth? And what lessons were learned?

N.M.: In addition to this significant shift to the use of debit, we are also seeing new consumer segments join the platform — demonstrating that Afterpay is being normalized as a payment option for all demographics. While the average age of our customers is early 30s, older consumers, those with higher income brackets and more men are utilizing the service in greater numbers.

We are quite excited about this customer expansion as it shows the broad appeal of our service to a wide array of customers.

WWD Studios: What would you say differentiates Afterpay in regard to other payment solutions in the market?

N.M.: Afterpay turns the credit card model on its head. Credit card companies make significant profits from customers’ inability to make a full payment — which gets their customers stuck in a rabbit hole of debit.

Afterpay is quite the opposite. Customers are not required to take out traditional loans, or pay any upfront fees or interest. The service is free to consumers who pay on time, and in fact, Afterpay earns more money when customers pay on time. We do not conduct credit checks on our customers, soft or hard, which is important for our retail partners who don’t want someone’s credit file checked for a fashion or beauty purchase.

WWD Studios: From a consumer’s POV, why do you think they’re choosing Afterpay as a solution?

N.M.: Consumers understand that Afterpay gives them flexibility, transparency and access. Our core demographic is Millennials and Gen Z, and we know they prefer a way to pay that allows them to pay over time, without incurring debt, paying interest or fees — especially when buying fashion and beauty.

These cohorts are generally skeptical about using credit cards and want to avoid getting trapped in the high-interest debt spiral. Young consumers are looking for other payment options to help them stay on budget and avoid high-interest debt, but at the same time, offer convenient, secure and transparent ways to pay without fees.

Afterpay’s U.S. data has shown a significant shift to debit over the COVID-19 period, beginning in March — now with 90 percent of consumers electing to use their debit card to pay for their installments. Similarly, in Visa’s most recent quarterly results announcement, the company announced a sharp decrease in U.S. credit card usage versus debit -— with credit down 31 percent compared to debit which was down just 6 percent.

WWD Studios: And from a retailer/brand POV, why are they partnering with Afterpay — especially given the highly competitive landscape?

N.M.: Our merchant partners have seen numerous benefits from partnering with Afterpay including increased conversion rates — increases of approximately 20 to 30 percent higher than other payment methods — as well as increased basket sizes.

Afterpay also has the lowest return rate among all payment types for fashion (4 to 6 percentage points lower than debit and credit cards), because Afterpay is a budgeting tool that attracts customers who are committed to their purchases.

And lastly, retailers see an increase in referrals through the Afterpay platform. In April of 2020, Afterpay’s U.S. Shop Directory contributed nearly 10 million lead referrals to its retail partners.

WWD Studios: As the COVID-19 outbreak forces retailers, brands and consumers into a “new normal,” what is Afterpay’s role in this market?

N.M.: Afterpay has had the privilege of being positioned to work with retailers on their responses to the crisis — especially by helping small businesses take advantage of this massive movement to e-commerce. We have seen small businesses shift their focus to their online presence and strategies during the period — which includes offering new and engaging ways for consumers to pay.

This has resulted in a spike in inquiries to Afterpay — with lead volume up over 25 percent in March and April compared to early in 2020.

WWD Studios: You’ve previously discussed the importance of transparency and authenticity in regard to consumer preferences — especially with Gen Z and Millennials. Would you agree that this is more important now than ever before? Why or why not?

N.M.: Yes, this is absolutely critical right now. We are all living in uncertain times, so it is important to maintain the trust we have built with consumers. Communication is key. Frequent, relevant updates to consumers not only keep our brand top of mind, but encourage dialogue with followers, email subscribers, or website visitors.

The best brands encourage their customers to ask questions, share how they’re doing, or provide suggestions.

It’s also important to highlight the good happening right now. Afterpay launched a social campaign highlighting brands doing good to which not only provided them with another platform to share their good work but also offer consumers a chance to engage with them in a meaningful way.

WWD Studios: How would you describe your leadership style, and how has it changed because of this global pandemic?

N.M.: My leadership style is very much of an ‘open door’ policy — now more like ‘open zoom’ policy. I love to collaborate with all the various teams and stay invested in the business as it grows. I believe that the key to success is hiring great people who share the same passion to make a difference in the retail and payment space.

While in quarantine, I’ve found that daily check-ins with our leadership team first thing in the morning are helpful. We focus on real-time feedback from our merchants and customers as the landscape changes so quickly. It’s critical to stay closely connected with my team during this time.

The Force and Importance of Good Governance – Niranjan Gidwani

The Force and Importance of Good Governance – Niranjan Gidwani