Brands including Lego and Pepsi have taken to Twitter to mock Tesla’s Cybertruck — the ‘bulletproof’ electric pickup truck whose windows were smashed by a metal ball at its launch last week.

Toy company Lego tweeted on Wednesday: “The evolution of the truck is here. Guaranteed shatterproof,” with a picture of a pale-colored piece of Lego on wheels. 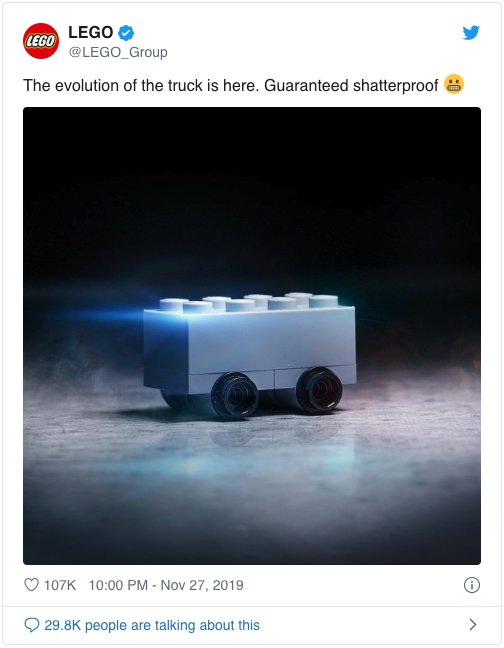 Pepsi did its own version, picturing a ball of paper hitting a cola can with the caption “Demo day,” shortly after Cybertruck’s launch. 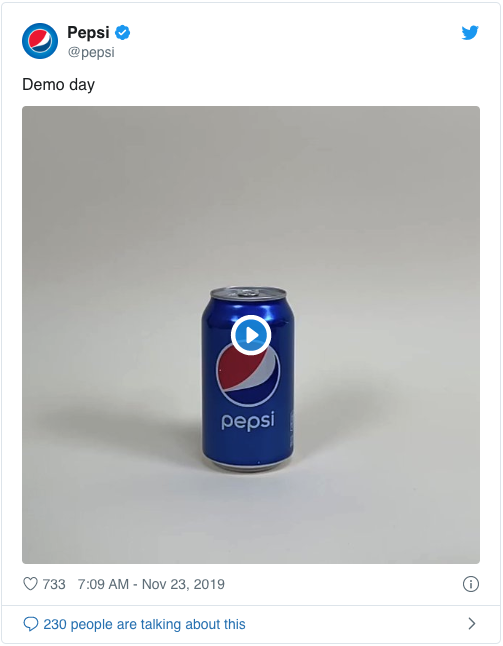 Fast-food chain Denny’s also jumped on the trend, tweeting “Revealed our Dynertruck the same day as the Cybertruck… smh.” SMH stands for “shaking my head.” 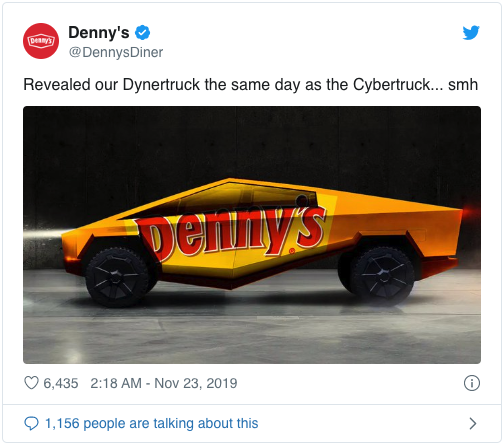 Meanwhile, the Dubai Police tweeted a picture of Cybertruck with its own branding on Tuesday. 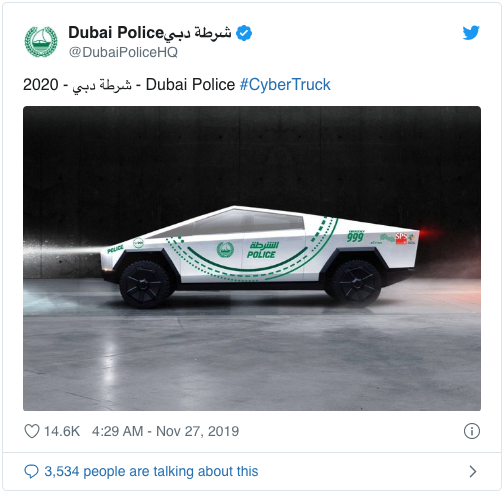 The launch of Tesla’s Cybertruck attracted worldwide headlines when Musk claimed it was “bulletproof” against a 9mm handgun at a promotional event in Los Angeles last Thursday. But when Tesla’s chief designer Franz Von Holzhausen threw a metal ball at two of its windows, they both shattered.

“Oh my f—— God,” Musk exclaimed after it first happened.

The pickup’s launch also inspired Dbrand, a Canadian company that makes skins and cases for phones and laptops, to offer printed wraps for the Cybertruck, including camouflage, wood and leather-look options.

Production of the Cybertruck begins in 2021 and Musk has claimed on Twitter to have had 250,000 pre-orders. People pay $100 to apply for an order, but they are not considered official deposits for the vehicle, which has a $39,900 starting price.