The love affair between Ed Sheeran and Heinz Ketchup has transcended endorsement deals and is rapidly approaching the level of “annoyingly enraptured celebrity couple.”

And, in the vein of previous awkward couplings like Angelina Jolie and Billy Bob Thornton, now they even have matching tattoos.

Heinz, which recently launched an ad starring brand superfan Sheeran, today announced the limited-edition “Ed Sheeran X Heinz” bottle, of which only 150 have been made. Of those, 104 will be given away via an online sweepstakes.Three bottles will be auctioned at Christie’s on Aug. 15, with proceeds going to two charities of Sheeran’s choice: East Anglia’s Children’s Hospices and Rise Against Hunger. 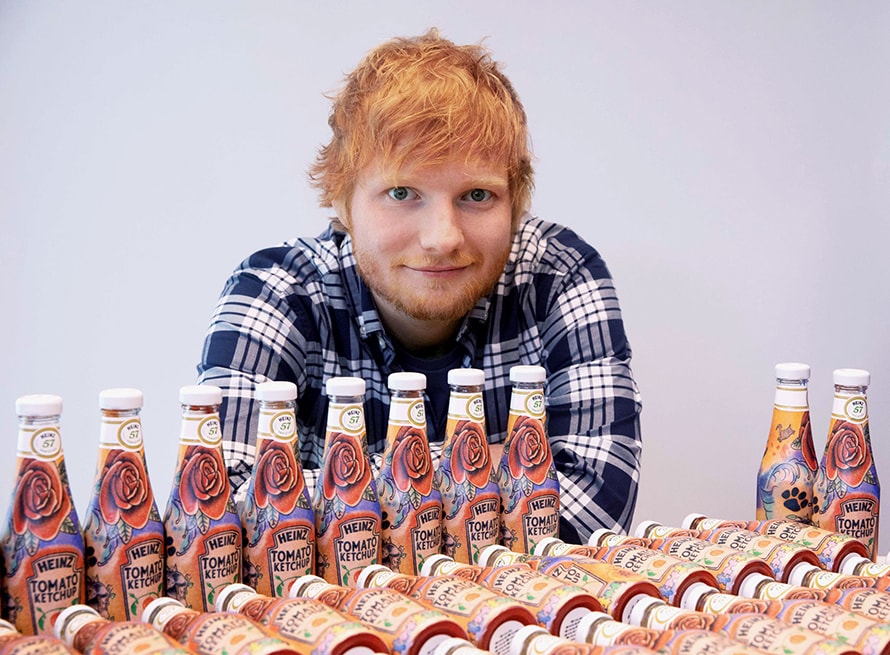 Created by agency David, the bottle features a selection of Sheeran’s many tattoos, which include a rose, puzzle pieces representing his closest friends and, of course, a Heinz Ketchup logo. Sheeran got the tattoo during an Ohio tour stop and has said it’s simply a representation of his enduring love for the product.

In June, David created a Heinz ad starring Sheeran and based entirely (so we’re told) on a DM the singer sent to Heinz: Ed’s Heinz Ad

The limited-edition bottle project comes as Sheeran nears the end of his Divide tour, which recently broke the record to become the highest-grossing tour of all time.

Here’s a closer look at the bottle design: 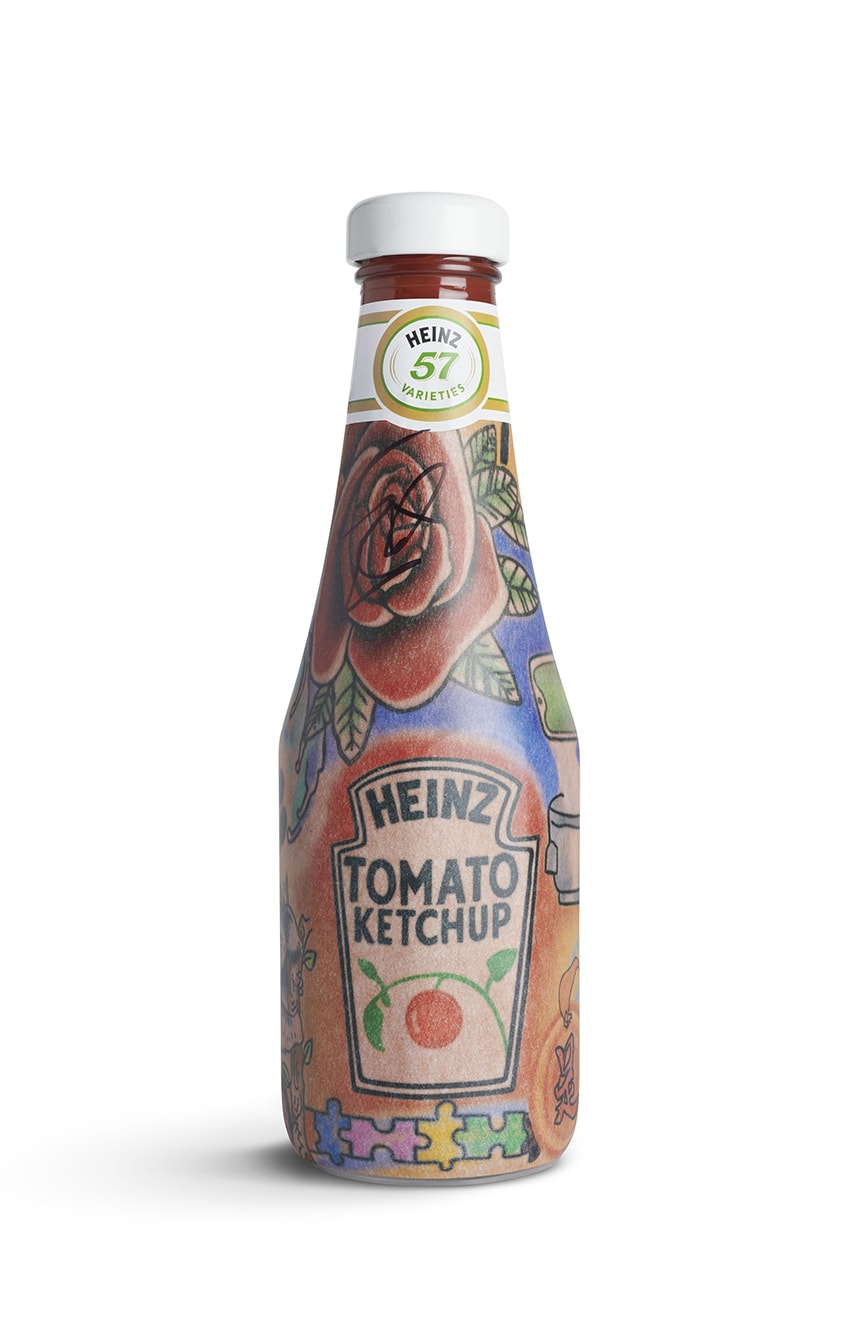